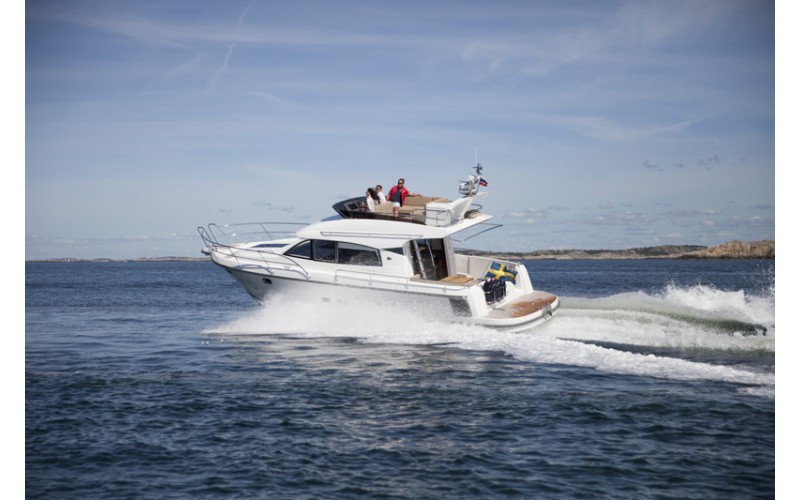 The flybridge has been constructed to harmonise fully with the design of the new coupé series. The roof has light, sweeping lines and incorporates the characteristic folding mast. A large, fixed skylight makes the saloon very light and airy despite the superstructure.

‘We have put an extraordinary amount of work into layout and design in order to ensure an optimal flybridge. Not only to create a beautiful boat, but also to provide multifunctional social spaces with the right ambience,’ said Joacim Gustafsson, head designer at Nimbus.

The flybridge includes a wet bar, with sink, grill and fridge, sun bed, large sofa and a twin helm seat. The twin seat can be turned through 180 degrees and thus form a roomy social seating group together with the sofa. If required the sofa can be easily converted into an additional sun bed.

All functions on the flybridge have been designed to allow the boat to pass beneath bridges after a few simple adjustments. Thanks to the “sidewalk” deck layout, walking space is maximised on the starboard side, making it very easy to get on and off the boat and to spend time on deck, while allowing generous space in cockpit and cabin.

The Nimbus Coupé series has been built since 1969 and more than four thousand of these boats have been sold worldwide. The 405 Flybridge is built in Mariestad at the Nimbus boatyard. 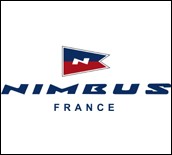